Language grows and continuously adapts, evolving as we come up with better words that reflect our society or culture. In particular, it mirrors the complexity with which our lives intertwine with technology. When our technology evolves quicker than ever before, so too does our language. Because, as with technology, we strive to optimise language so we can communicate complex ideas, with the minimal amount of ambiguity in the most efficient way.

Many experts believe the amount of technical vocabulary and slang we use in everyday life is currently growing faster than ever before. With roughly half of the world’s population now connected to the internet, we see massively increased levels of communication. Ideas, words and phrases are being generated and circulated at a staggering rate. Previously, it took years for specialised language to make the transition from developer to the general public. Now, thanks to the growing influence that technology has on the economy and the use of social media, technical jargon can pass into everyday usage extremely quickly.

Expressions such as 'botnet', 'net-neutrality' and 'backward compatible' are all technical terms that were added to the Merriam-Webster dictionary for American English last year. If you don’t know what they are, you can ask a virtual assistant like Siri, Google Assistant or Alexa to inform you.

The Center for Corporate Studies will help you speak the language of business. Source: YouTube

Tech companies focused on innovation are driving much of this new language. Expressions are often coined in tech circles to describe new techniques or processes, but they can also serve as a form of ‘branding’ for a company. If a brand name becomes used by the general public, it's probably the ultimate marketing coup of all. Some prominent examples are the verbs ‘to google', ‘to skype' and ‘to photoshop'. Less known is the word to ‘uberize' (to completely shake up and reconstruct a market), or, as used in the video above, ‘it’s the Uber for (insert industry here)!’

When words get new meanings

Words don’t enter our language fully formed or in their final state. The sense of the word itself evolves over time, changing our understanding and perception of a term. An example of this is the label ‘nerd’. Once a derogatory term used to insult those who were secluded, socially awkward or an outsider, today it has become a badge of honour. Nerdism today means 'reliable expertise', which represents a paradigm shift in the age of information. This change is partly due to the economic successes of Silicon Valley pioneers such as Steve Jobs and Bill Gates, whose companies today generate billions and hold more knowledge about our everyday lives than ever before. And if knowledge is power, the nerd has become king.

Who decides which words are worthy of the dictionary – and can they keep up?

While previous generations may have seen dictionaries as custodians and defenders of ‘correct’ language – that is no longer the case. Most major dictionaries are now focusing on describing the language people use while consciously leaving any possible stuffy scholarly objections at the door.

Back in 2007, the Oxford English Dictionary removed words describing nature such as acorn, dandelion, mistletoe, pasture and willow from their junior edition aimed at school children. They replaced them with terms such as 'blog', 'broadband', 'chatroom', 'cut-and-paste' and 'MP3 player', causing an uproar among parents. While some parents petitioned the dictionary to reinstate the outdoor words, other parents couldn't see a reason for the fuss. They argued that the less bulky the book was, the more likely kids would be to carry it around with them.

Oxford Dictionaries says their latest standard print version has about 220,000 thousand words. However, the major international dictionaries are no longer bound by bookbinding. Their online editions are much larger and constantly evolving, documenting new words that appear online with impressive speed. Modern editors scour the internet searching for possible new entries and regular calls are made for public submissions and suggestions.

Last year, the Merriam-Webster online dictionary included some very creative additions. Notable examples include ‘Trumpadour' (describing the hairstyle of US President Donald Trump), ‘nomophobia' (the fear of being without a mobile phone) ‘unfortunacy' (the state of being overburdened by a series of unfortunate events) and the portmanteau ‘conlang' (a fake or invented language). While some of the words may seem a little juvenile to some older people, it's exactly the creative domain where sometimes useful precise and lasting words are invented.

Where the wild words are

There are however some entirely artificial efforts to tap into the youthful evolution of language. In Germany, for example, the respected ‘Langenscheidt’ dictionary holds an annual competition to find the coolest word of the year for teenagers. There is a call for public submissions to create a pool of words, then a jury of high school students, YouTube stars, linguists, teachers and journalists choose the winner. This year’s word of the year was voted to be ‘Fly-sein’ which translates, and originates from the English expression ‘being fly’. The decision surprised many observers as it is such an out-of-fashion expression in English. But most of all, it surprised many young people as they had never heard of it – let alone used it.

Germans can vote for their Word of the Year

Words are invented when language becomes overused, dull, emotionless and tired. That's where young people come in and create new words to inject fresh perspectives on societal interaction. Often, these words appear in pop culture, where street slang's influence can be felt. One example of (youth) language evolving organically in Germany is the use of Turkish, Arab and Kurdish words by the gangsta rapper and performer Haftbefehl. His lyrics not only mix vocabulary from these other three languages with German but also mirror the cultural and economic influence of the immigrant community in which he grew up. He claims new turf with the usage of these words. His message: I'm not ashamed of my heritage, and if you want to know what I'm talking about, you have to look it up or ask someone like me. His music has received high praise in the media, and now even words like "abi" (meaning 'brother') are now common understanding.

Memes and internet jargon are driving languages more intensely than ever

Some of the words in internet culture don’t look like words. For example, what do TMI (too much information), FOMO (fear of missing out) and ICYMI (in case you missed it) have in common? They’re all abbreviations commonly used in typed internet communication – and they’re all relatively new additions to the Merriam-Webster dictionary. This shows the broadening definition of a word, how much time we are spending online and how the most common form of communication on the internet – writing – is being reflected in our spoken language.

Other dictionaries that were born online are also evolving. For example, the emoji keyboard used in messaging apps is growing with every update the official Emoji Consortium releases. The pictographic symbols have come a long way from the internet language of typed keyboard smileys. They can express a feeling, an object or a situation while being universally usable, regardless of a user's native language. Their growing complexity is also mirroring public debate. Just recently the emoji palette was expanded to include new emojis depicting women in various job roles to address some of the ongoing inclusion and diversity issues in society.

As the old saying goes, you cannot not communicate

So, if we're already communicating with small pictographic characters online, where is language headed in the future? Some researchers and experts believe future changes in technology will ultimately alter the nature of language itself.

Ken Perlin, for example, a professor of computer science at New York University, believes the language of the future could be less about oral expression and more about communication using a combination of gestures and sounds. He says what we know as the not-so-far-off technologies of ‘augmented reality’ will not be augmented for the children of the future, it will simply be normal – as they will have known nothing else. He says that without the burdens of having to learn a reality where shapes and colours are not bound by the laws of natural physics these children could drastically change the way we communicate in a way not seen in the last 5,000 years.

Internet literacy and the future

The language of young people and technology can sometimes be difficult to decipher, but it's also key to understanding the evolution of the language around us. The ideas listed here are just some of the ways language is changing and where is changing the most. But as technology and society's structures continue to become more interdependent, those changes are only going to accelerate. 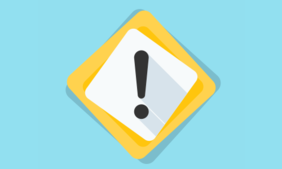 Are people’s attention spans just not like they used to be? Or could you perhaps use a few tips to make your content more engaging? 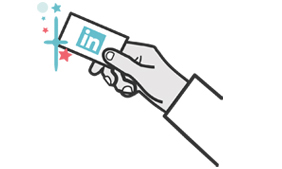 LinkedIn helps professionals strengthen their personal brand and assists employers in finding the best candidates. This blog post dives into why it is important for professionals to be active on LinkedIn and provides useful tips and trick on how to optimise traffic and engagement. 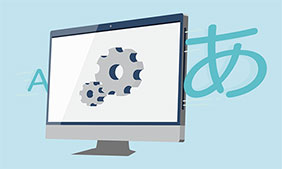