If you’ve visited China or even Chinese restaurants, you know the dragon is big business – it’s everywhere. But what’s so special about it that it merits all this attention? Turns out there’s a lot more to the Chinese dragon than meets the eye. 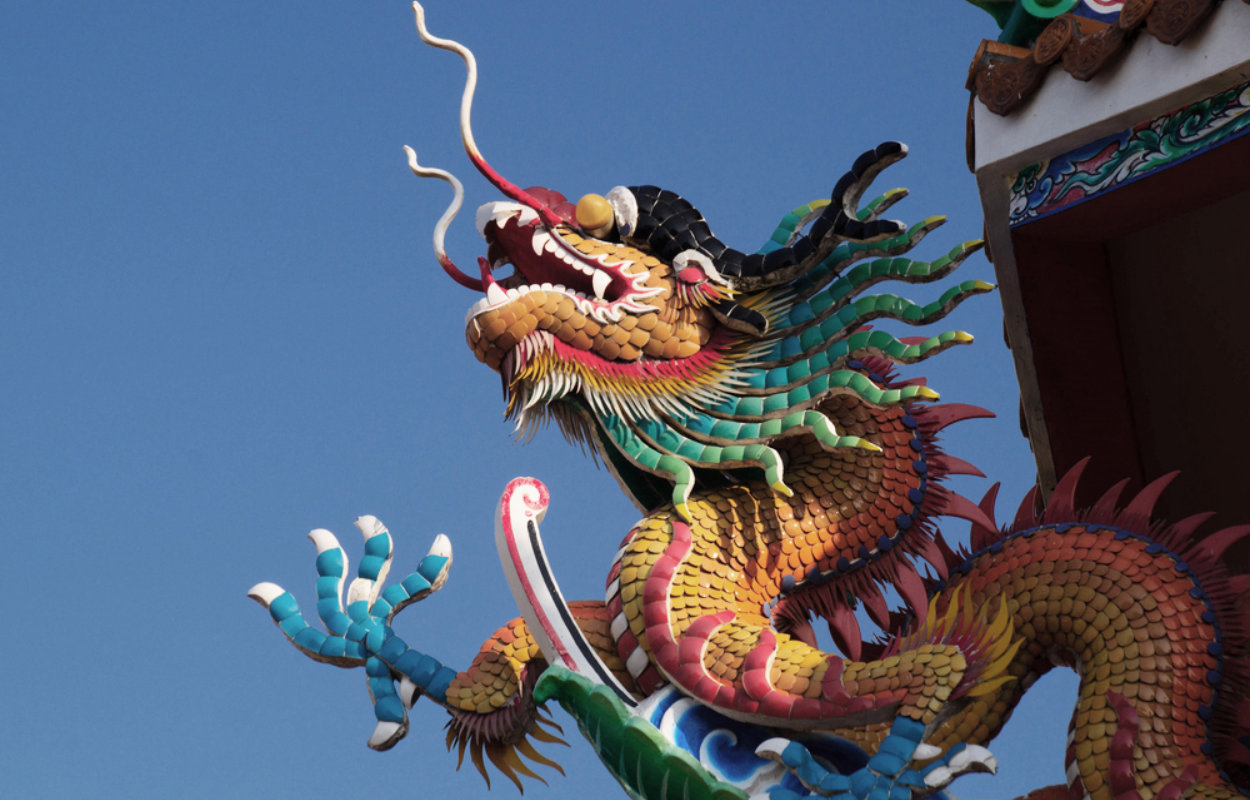 Everybody knows dragons don’t really exist. And yet everybody knows what dragons look like. They do in China too, at least well enough to depict them already at the dawn of history. Now, what if you could go back in time, emerge through the mist and see one up close? Turns out you can, almost.

The Chinese word for ‘dragon’ is in evidence on the very first examples of Chinese writing, dating back about 3,500 years ago.

In those earliest of times, when the Chinese were just entering history with the radical invention of written records, most writing was ceremonial in nature. The king’s diviners asked the oracle whether a hunt would turn out well, if an enemy state had placed a curse on the court or if rain would fall, to name just a few. The oracular exchange were then inscribed on animal bone, tortoise shells or bronze vessels, depending on the period. It is from these ancient fragments that we know that the dragon did indeed exist in some way and what it looked like.

What’s in it for me

And why do you need to know this? Well, 1.3 billion Chinese claim to be “descendants of the dragon”. With about 5,000 years of history to its name, China is one of the oldest living civilizations in the world. In that sense, the dragon is symbolic not only of China’s heritage but also of its spectacular rise to success in modern times. So, in a way it goes like this: know the dragon, know China. Just a little bit.

But we are getting ahead of ourselves.
First, a quick word about Chinese writing in general. Like writing everywhere, Chinese writing began as images or stylized pictures. People drew what was important to communicate. A horse, a cow, the moon, the sun – things to feel by hand, things to verify by sight. As societal complexity grew, an effort was required in making the magic shift from things to abstract concepts. Over time, this development synthesized into formal pronunciations of the written representation of things which is what made the primitive images transition into real writing. Here’s an important point: no sound, no word. Keep this in mind when you see the dragon.

Here it is again

And here in a profusion of forms 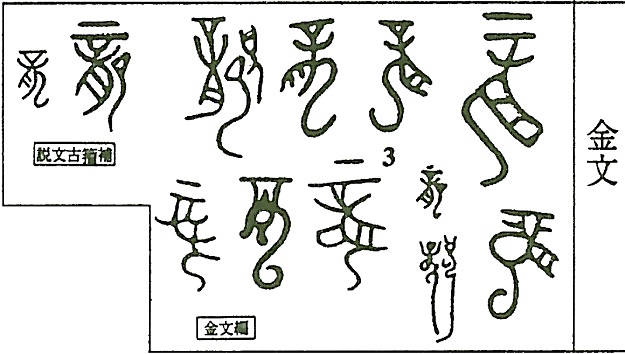 The earliest versions, inscribed on bone, retain an image-like quality, while later incarnations, from bronze vessels, appear rather more stylized. Today, in its present form, the dragon is all but unrecognizable from its forebears: 龍 in Chinese (Traditional), 龙 in Chinese (Simplified) and 竜 in Japanese. Either way, the question that begs asking more than anything else is this: what on earth is it? To answer this, we need to look both at the form and the sound for this elusive creature.

Don’t judge a dragon by its scales

Experts in early Chinese writing tell us that the character is pictographic in origin, meaning that it’s drawn to look like a real creature. The left-hand side is said to represent the head and the right-hand side the body.

Some forms see legs attached to the body. The pointy section on the “head” is explained as either horns or an ornamental headdress that’s also present on two of the other sacred four animals (the phoenix and the tiger). Some have speculated that it could be a form of lizard or crocodile. But, really, what’s so great about base reptilians that you’d want to elevate them to the high status afforded the dragon over millennia? There’s got to be more to the story.

And the word was with…nature

When form has reached its limit, sound takes over. In modern Chinese, the dragon is known as lóng. We don’t know for sure what the sound was thousands of years ago, but researchers have reconstructed a likely scenario based on ancient rhyme dictionaries. According to one, it might have sounded something like ljwong – of course there’s essentially no way to verify this.

Often, researchers are able to pair words in families, that is, words that share a common basic meaning. In the case of the dragon, family ties aren’t felt to be clear, a sign that we’re dealing with a special word indeed. One researcher posits that the word might be related to a written Tibetan word, ‘brug, which means ‘thunder’ or ‘dragon’.

Somewhere over the rainbow

Staying within the Chinese language, it could also be related to lóng (ancient ljung) 隆, meaning ‘thundering’ according to one source. Another potential family member might be hóng (ancient gong) 虹, which means rainbow.

Interestingly, the earliest graphic form of 虹shows an arched dragon with a head at either end, the so-called rainbow dragon. 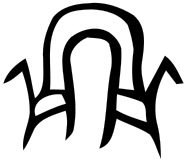 In some ways, this would make sense since the Chinese dragon is a famously elusive creature and often related in popular mythology to the watery elements, often as the controlling entity, and weather phenomena such as rain, clouds and thunder. In fact, one scholar claims that it is the combined elemental forces of rain and thunder that give rise to the “true” meaning of the Chinese word for dragon, namely ‘lightning’.

A storm is coming

”The foremost among scaly and reptilian creatures, the dragon could hide in darkness or appear in daylight. It could diminish or enlarge, shrink or elongate. It ascends the sky in spring and dives to the depths of the pool in autumn.”

This had led one researcher to speculate whether the dragon is in fact the binding force, so to speak, between air and water, that is, embodying hydro-electric power: thunder, storms, lightning. We’ll leave you to ponder this for a moment. Viewed with a happy hat on, this explanation neatly ties together all aspects of the dragon:

All this symbolized by one single entity. Pure genius. 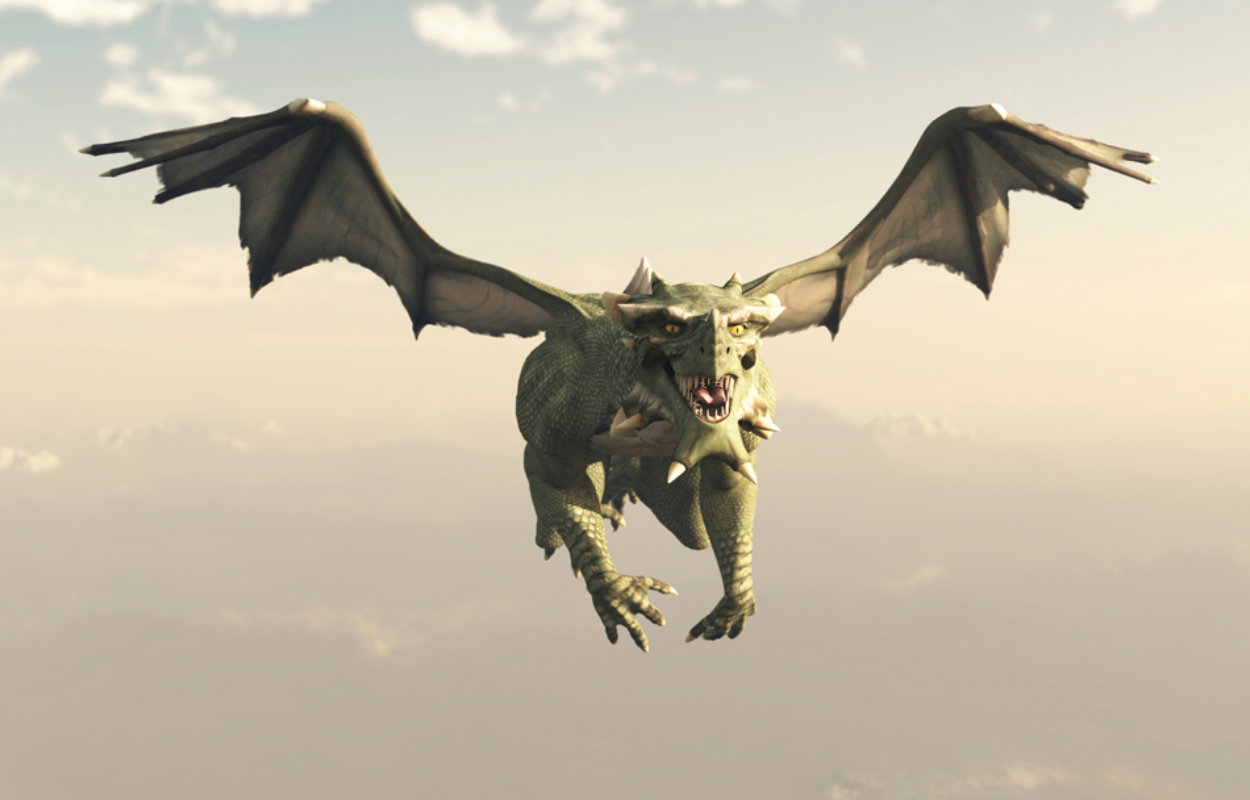 So, was it really all that simple to crack the dragon code? Probably not. The dragon is a complex entity that might have a lot more going for it than we’ve touched upon here. For starters, the dragon is not just a Chinese phenomenon – practically the entire world is riddled with dragon lore and legends. Ancient Mesopotamia has its Marduk, Mesoamerica has its Quetzalcoatl, the Norse has their Midgard Serpent – and these are just the bare beginnings. As far as the Chinese dragon is concerned, though, well, we won’t steel its thunder. It’s old enough to speak for itself.