Throw out your old excuses about unpredictable millennials and learn how to properly engage an online audience.

If you work in marketing, follow the news, or simply listen to others gripe, you have no doubt heard that “people just don’t have the attention spans that they used to”. In fact, a slew of articles from 2015 (here, here and here) would have you believe that the average attention span has shrunk from 12 seconds to a meagre 8 seconds – less than that of a goldfish!

It’s a shocking yet compelling fact. For many of us, there is a certain resonance, as we have all caught ourselves flipping between the now almost-infinite stream of entertainment options. As gluttons of the circus, we’ll idly check Facebook while watching TV; we’ll send out a witty Tweet while talking with friends; and we’ll play Angry Birds while sitting on the loo.

Since technological advancements have given us a world of information and entertainment to our fingertips, how could it not be the case that our attention spans are as whimsical as a moth in a candle shop? 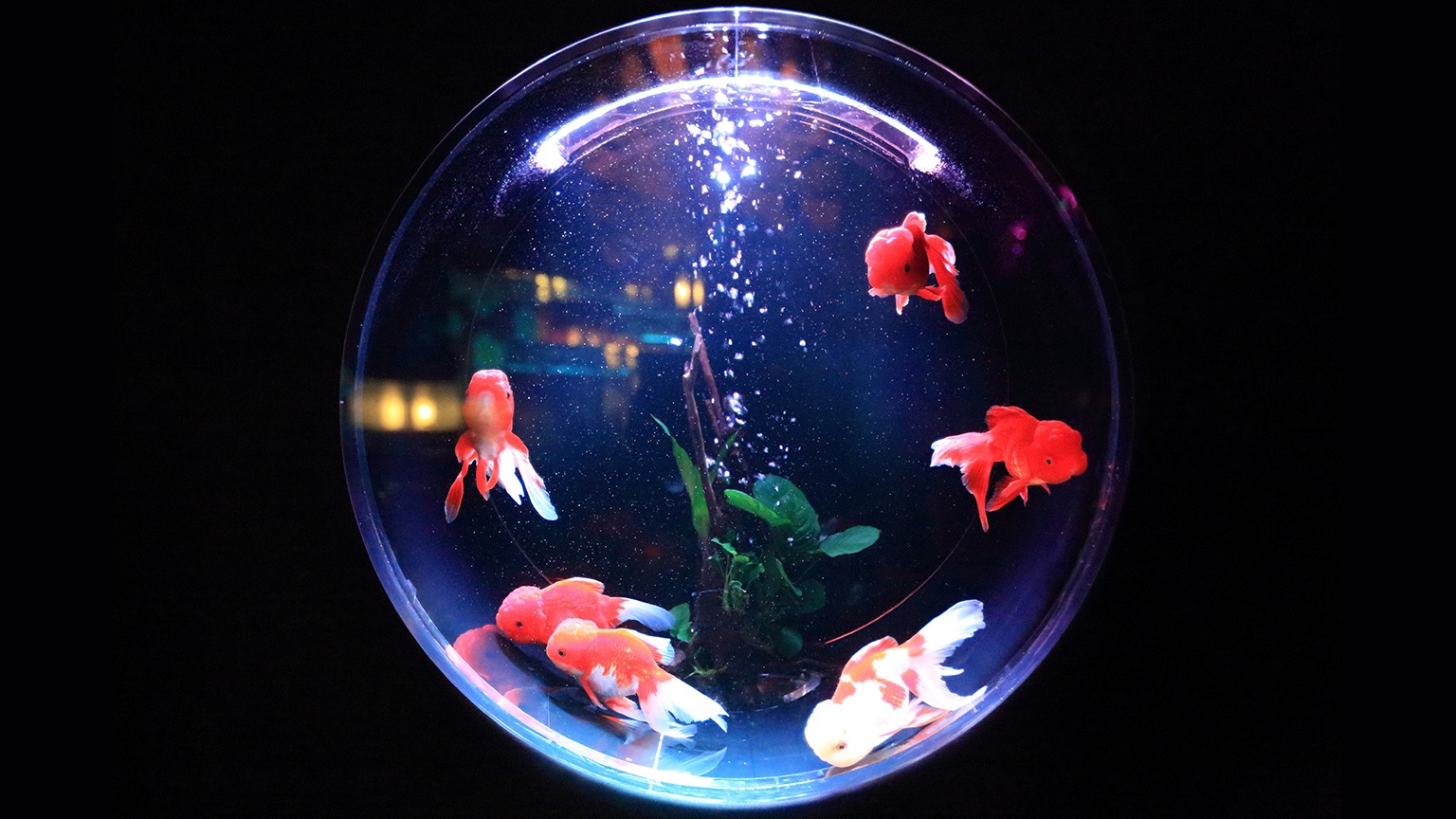 Don’t worry, our concentration spans are superior to these puny goldfish.

But the truth of the matter is that no such study evidences us having shorter attention spans. If you actually go down the rabbit hole of following the hyperlinks of the oft-quoted statistics, there were no definitive tests done to back up these numbers. While it might make a good headline, we don’t have an attention span shorter than a goldfish. It’s a myth!

In fact, the consensus from researchers is that the whole idea of having a ‘general attention span’ is nonsensical. Rather, our attention span is task and content dependent.

While we may not have piscatorial attention spans, there’s truth in saying that people engage with online content differently to other media. The internet is a “lean forward and participate” medium. Compared to television, which is a “lean back and let it wash over me” medium.

We are completely spoilt for choice when it comes to online content. Almost ten times as much data has been created in the last two years as humankind has created throughout the rest of history.

What this content explosion means is that we are more inclined to look around trying to find the right piece of information. We’ll hop from one article to the next, scrolling and skimming until something catches our eye and meets our expectations.

This is why looking at averages isn’t the best way of understanding how long a user spends on a webpage. If you’ve ever looked at your content statistics, it can be quite depressing learning that the average visitor only spent twenty seconds reading your carefully crafted prose before jumping ship.

But this a misleading statistic. The reality is a large proportion of those visitors will have only spent two seconds before clicking the back button, which will bring that average way down. These rebounders probably aren’t even the audience you’re looking for. Instead, you should be trying to engage the readers that at least give you the time of a day to read the headline.

But how do you do it? What’s the secret to drawing people in?

At our core, we are shallow: looks matter more than the personality of an article. Images win over text in the competition to win people’s attention.

Simply put, we are visual creatures. It’s part of our evolutionary make-up to focus on images. Text has only been around for about 3,700 years, whereas we’ve discovered cave paintings dating back to 37,000 years ago!

Communicating pictorially has been done for so many millennia it’s second nature to humanity. Reading, on the other hand, is not the best way to absorb new information.

We use video to explain what LanguageWire is in under two minutes.

Bottom line, you need to use visual media to your advantage to grab people’s attention.

You need to tailor your layout to quickly make a positive impression. You want to integrate your images and information in a clear and engaging way: this is the beauty of an infographic.

Infographics are pithy. They convey the point quickly and stylishly (if done properly). They hark back to a simple and familiar form of storytelling. The combination of text and images complement one another to efficiently explain the key points. Infographics provoke that initial intrigue, which can sway the reader to learn more.

Likewise, videos have proven effective in taking advantage of our natural propensity towards visual media. Internet users spend 100% more time on a website that includes a video - and are 85% more likely to buy a product if they have seen a video featuring it. Online video is at an all-time high with 300 hours of video uploaded to YouTube every minute and 5 billion videos watched every day on the platform.

In the age of information overload, it’s important to offer content that’s easy to digest. Creating short videos can be one of the best ways to boost your online presence. While video production can seem daunting, it may be easier than you think. Production costs have dropped dramatically and there are hundreds of online tools and applications to help you make professional-quality videos.

But not all content suits infographics or videos. Sometimes you can’t rely on these favourable formats, especially if you’re producing online content regularly. Even so, there are some tips you can apply to all your writing. While the following advice may sound basic, it regularly goes unheeded.

Six simple tips for better writing - Improve the readability of your content and make it easy for readers to understand your message.

Keep in mind that most internauts stumbling across your article are skimmers, not in-depth readers. So formatting the text of your article properly is important. Make sure your sentences don’t drag on. And don’t have long meandering paragraphs. Keep them to only a few sentences.

You can even try out the occasional one-sentence paragraph.

The important thing is that it should be easy on the eyes. Big blocks of text just repel people. Your aim should be making it as easy as possible for your reader to get the information he or she wants.

Never dwell on having a great conclusion. The most important information should appear before the final paragraph. Apparently, most online readers don’t even read the last few sentences, so it doesn’t matter if your article abruptly…