The tools of the freelance translator have evolved thanks to game-changing technological advancements. With the rise of the internet, the days of translators using dictionaries or encyclopedia as the first port of call are a faint memory for most.

But it’s not just the tools that are changing; the entire employment model has shifted. Language experts such as translators, proofreaders, voiceover artists and text editors have more flexibility and control over what they do than ever before. This shift can be attributed to new technologies and the rise of the gig economy. So, what are the benefits and risks of this new way of working for independent language experts?

What is the Gig economy?

The gig economy hinges on ad-hoc, short-term and freelance work assignments (gigs). Its participants include workers across a range of industries, from plumbers, electricians and landlords to taxi drivers, couriers, and translators. Depending on your stance and perhaps experience, the flexibility that underpins the gig economy either equates to greater freedom and control, or a lack of stability and protection.

In today’s world, translators are able to source jobs from digital platforms, which connect translators with potential buyers. Normally this is achieved with the language service provider (LSP) acting as an intermediary. Nevertheless, translators can manage their online profiles and calendars to have greater control over their schedules and the types of jobs they take on. Language platforms, such as LanguageWire, save time and eliminate the financial costs of the hunt for work while offering tools that make collaboration with businesses easier. These drivers of connectedness, control and cost are helping to fuel the shift to gig work across many industries.

People have differing motivations for and attitudes towards joining the gig economy. Depending on the income type they derive from gig work (primary or supplementary) and the circumstances leading to their entering the gig economy (choice or necessity), workers can be divided into four categories: 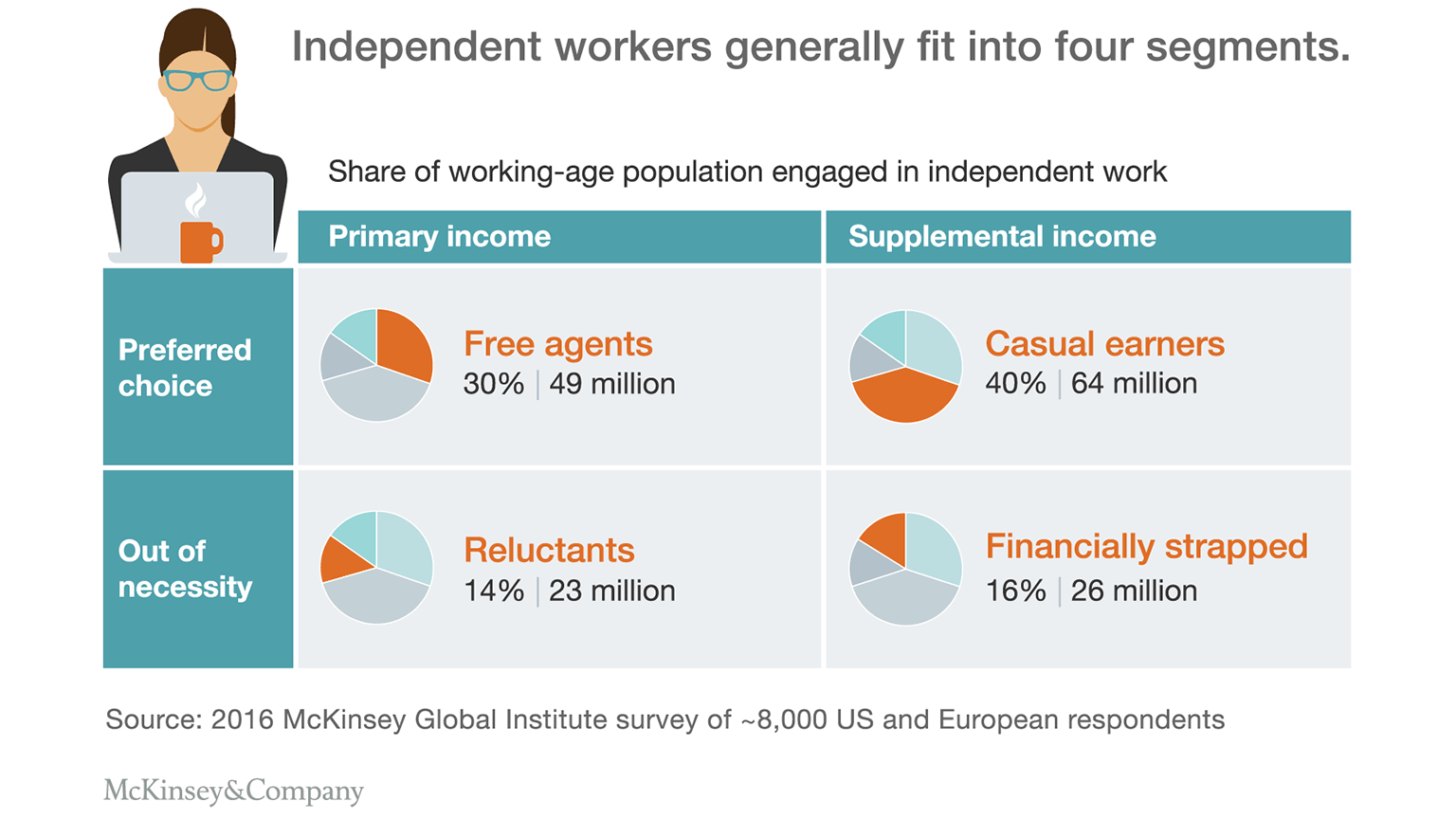 McKinsey recently examined the independent workforce and segmented independent workers into four categories: free agents, casual earners, reluctants, and financially strapped. Translators normally fall into the free agents category. They typically source their main income from gig work, as opposed to others who might use gig work to supplement their primary income source.

Being in this category comes with benefits. Free agents across all industries, geographies and age ranges report higher satisfaction and productivity. As many as 162 million people in Europe and the US alone have abandoned traditional work to pursue a career in the gig economy. Higher earning potential compared to many permanent jobs is a key appeal, and non-monetary factors also feature highly on the list of pluses.

One of the main benefits of the gig economy for LSPs and end-customers comes from the use of digital platforms for real-time skills matching. Translator profiles can be coded with areas of expertise, pricing and service ratings to enable translation buyers to match the right translator with the right task, in real time. Companies such as Uber, TaskRabbit and Airbnb all apply similar methods of skills matching to connect customers and suppliers efficiently and effectively. Managed well, real-time skills matching can dramatically enhance the outsourcing process and quality, and provide an improved overall service to customers.

Technological advancements can create as many problems as they solve, and all the more so when there are multiple stakeholders involved in the (digital) value chain. Challenges such as protecting against fake profiles and online scammers, implementing relevant legislation and safeguards, and attempting to ensure fair and equitable remuneration for workers will keep the guardians of the gig economy busy while technology continues to evolve.

It’s not always clear-cut, however, as to where contracting ends and employment begins, and some companies are now finding themselves in murky legal waters. In October 2017, Uber lost its appeal to challenge an employment tribunal ruling whereby their UK drivers were deemed to be workers rather than contractors, earning them the right to holiday pay, paid rest breaks and minimum wage pay.

Professions that are resistant to automation will have good longevity within the gig economy. While the debate rages about the ifs and whens of machine translation replacing the human translator, the challenge for translators and all those enjoying the perks of the gig economy is to stay ahead of the automation curve, i.e. to maintain and develop skills that cannot be automated. Translators who hope to remain automation- and future-proof will learn to upskill or diversify where necessary and continue to ride the highs of the digital wave. 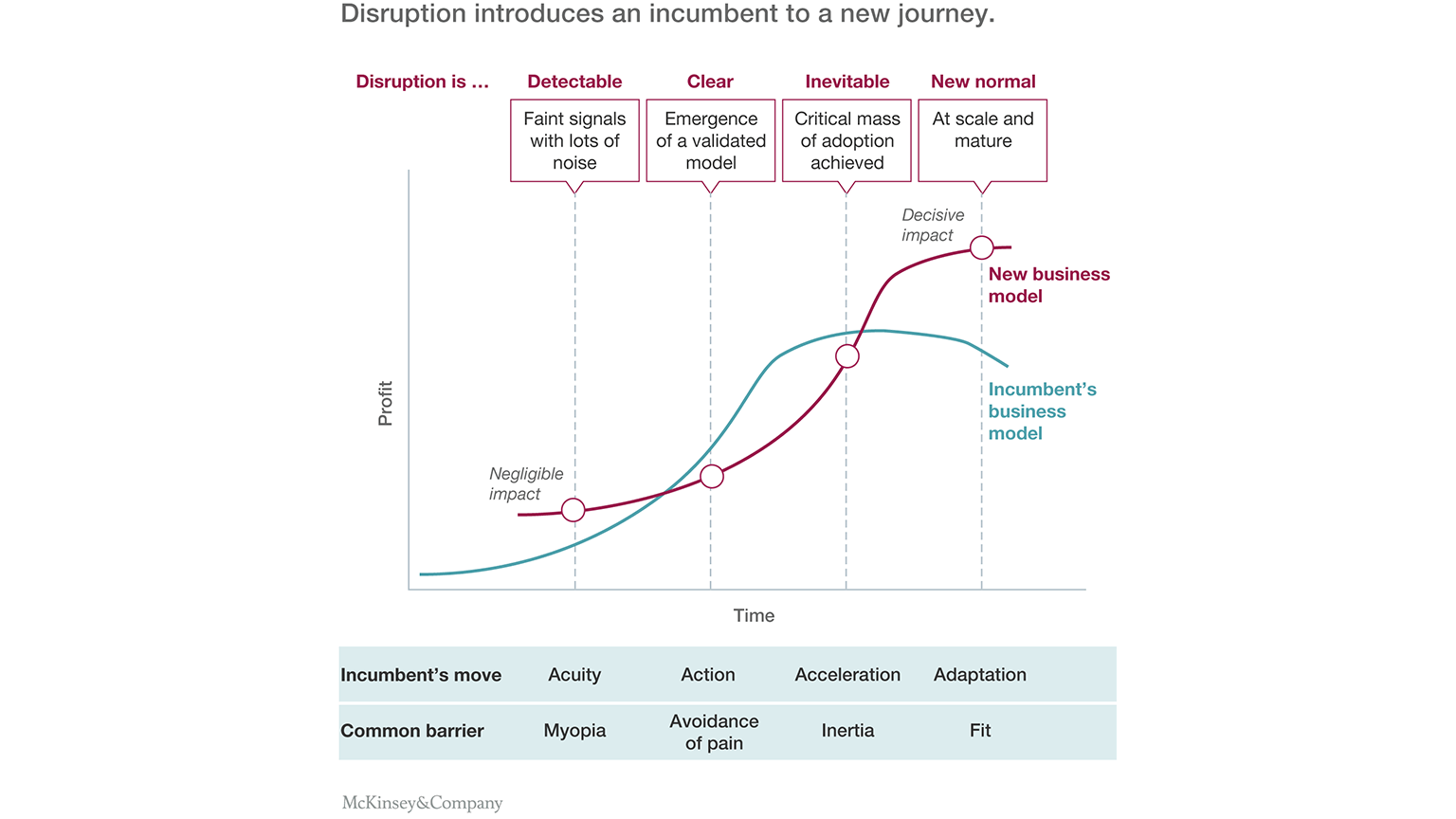 Standardization of practices through legislation is the gateway to the gig model becoming a validated business model, and the jury is out to see if critical mass adoption and maturity are achieved. The gig model will develop at different rates across different industries; for translators and LSPs, it is well on the way to becoming the “New Normal”.